Hello everyone, and welcome to Saph’s FANime! This month’s post will be a bit of a simple one, as i’m trying to come up with a better one for later. Anyway, I hope everyone enjoys this post and has a wonderful day!

Yōkai(妖怪): a Japanese word that broadly identifies supernatural beings. With many sub-classes of more specific creature types, there is no definite translation of the word into English. The closest definition would be that they “are strange and supernatural creatures from Japanese folklore[; t]he word is a combination of the characters 妖 (yō) — attractive, bewitching, calamity — and 怪 (kai) — mystery, wonder” (Meyer). While simply calling the supernatural “yōkai” is enough there are many more specific words for different kinds, two of which will be discussed here.

Yūrei(幽霊): a class of Japanese ghost; most are female, and traditionally wear white clothes and have long black hair that obstructs the face (Black). Depictions of Yūrei in America involve such movies as: The Ring, The Grudge, and Silent Hill. Some yūrei simply float around, creating floating lights and generally being an odd occurrence. However, sometimes they stick around in the mortal plane to inflict powerful curses, such as on their murderer and those in the way of that, or for other reasons. A yūrei can only be expelled from this world by either fulfilling their reason for existing, i.e. justice to their killer, passing on message to loved ones. Or, they can be exorcised by a priest, but this process only works for some cases, which are as unique as the person the yūrei once was.

Yuki Onna(雪女): are women with power over snow/ice with the “kanji 雪 (yuki; snow) + 女 (onna; woman) to mean Snow Woman” (Davisson). Generally they are described similarly to a yūrei, with white clothes that are clearly too thin for the cold weather. Some snow women marry normal humans, however because they never age the marriage is ended at one point or another. Others prey on travelers on roads or attack homes near/in their territory.

Countless other classes of yōkai exist, and many of them can be found over on Meyer’s website. Sorry for the simple post, but I am in need of ideas for a better post for later on. Nonetheless, I hope you all learned something today about the huge world of anime and manga. This is Saph’s FANime, signing out.

Images from Yokai.com or Google.

What do you think? Cancel reply 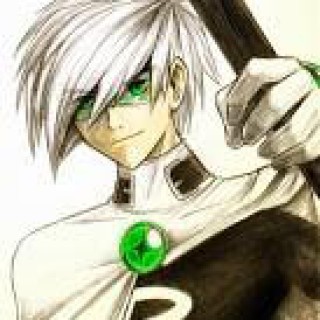